Behind The Scenes at CES with Wicked Audio and Kaiser Baas

We’re back from CES and saw a lot of exciting stuff from over four thousand companies, but it’s our partners Wicked Audio and Kaiser Baas that stole the show. 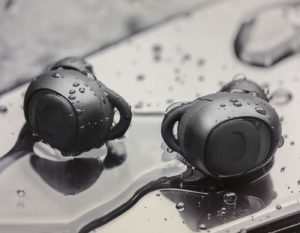 Let’s start with Wicked Audio. If they’re not already your favourite brand of stylish headphones, get ready for that to change. This year, Wicked Audio has shown why they’re at the top of the game in under-$100 Bluetooth headphones and universally known for their style, quality and innovation with a focus on their True Wireless and HUM series of headphones.

True Wireless is a big deal. We’ve written about it before (and shouted it from every rooftop we can find – which has resulted in a few angry neighbours, if we’re being honest). The category itself is up 218% over last year, and still growing (Source: NPD Group Retail Tracking Service). You can see why we’re so vocal about it.

You can also see why Wicked Audio was flexing their true wireless muscle at CES. It’s big, and getting bigger – and with stylish, high-quality options available at the price point Wicked offers, people took notice on the floor at CES and in stores around the country.

Another key feature for headphone buyers is noise cancellation. Who cares how great the song or the sound is if you’re stuck beside a loud snorer on the plane. Not that it happened to us on the way to Vegas or anything (it totally did).

Enter Wicked Audio’s HUM series of Noise Cancelling headphones, offering the sound and style you expect from Wicked Audio with a key feature you won’t be able to live without once you’ve lived with it. 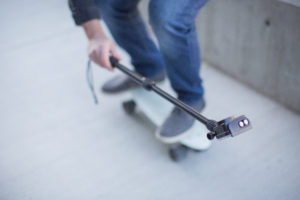 Kaiser Baas saw a lot of attention at CES as well and we’re excited to share an insiders look at their private suite booth at the Palazzo’s Lago Suite.

Kaiser Baas has been making a major impression already in Canada with their Action Cams, Dash Cams and accessories, but if their suite at CES was any indication, they’re about to get even bigger.

The first thing we saw was that they’re doubling down on Action Cameras and changing the game with an Elite Series offering that provides high-end features like 4K 60fps, body waterproofing, improved stabilization, gimbal lens and a better chipset. It’s safe to say the bar’s been raised.

On top of that, they’ve got a new selfie drone with gesture control on hand and 3 new gimbal models. The gimbals are especially interesting, as they represent a multi-product strategy that promises to pay off. With these new products, Kaiser Baas has a sub-$100 option, an upgrade to the XS3 and a premium DSLR-style offering for customers who simply want the best.

Finally, Kaiser Baas surprised everyone with products in a whole new category: cycling. The move is a smart one: it’s hard not to notice the growth in cycling around Canada. Whether you trust your eyes or the data, the proof’s there. The most recent census showed a growth in commuters choosing to ride, and if you’ve been in a major Canadian city recently, you’ve surely noticed the bike lanes.

All this is to say, there’s definitely an audience for Kaiser Baas’s new cycling products: the bike cam and smart helmet. The bike camera is specifically designed for cyclists with no screen (instead, it uses WIFI to send the footage straight to the phone), longer battery life and a purpose-built design for bikes.

Wearing a helmet has always been smart – but now the helmet itself can be too. Kaiser Baas’s new, safety-certified smart helmets offer LED signal lights, the ability to listen to music and make calls from your helmet and an innovative SOS feature that alerts emergency contacts in the event of an accident.

As you can probably tell, it was an incredibly exciting time at CES 2019 but there’s still more to come. Make sure to keep an eye out here for more info from our time at CES in Las Vegas.

Welcome to Top Trends – an offering from the Curve Intelligence Portfolio dedicated to bringing...

It’s time to spill the tea: we’ve got a new partner and we couldn’t be more excited. We’re...

Like every good Canadian, we’ve got winter in our blood. It’s all mixed in there with double...

Curve has experienced tremendous growth in the past few years. We’ve gone from a start up...

They say the more things change, the more they stay the same. And whoever “they” is, as it...

Despite a rapidly expanding interest in action cameras and the content they create, the cost of...