Are Robots Ready for Retail?

Sometimes they’re a glimpse into the future – both near and far. One thing’s for sure, we saw some exciting new stuff in Vegas and we’re excited to report back.

First: robots. Really. This year’s CES proved they’re not just a futuristic fantasy –they’re a real, viable technological innovation that’s going to make our lives easier and better in no time. At the moment, they still seem not quite ready for retail, but that is likely to change within a few years when the application of the technology is proven, and the price of entry becomes more affordable than the current projected price of $499 USD SRP. Currently, they’re designed mostly as companions with the ability to complete menial tasks. But with the category evolving quickly, they deserve a look now.

While they may not be quite as advanced as our childhood favourite C3P0, they definitely complain a lot less and have some pretty cool features. The robots on display at CES were all designed for a handful of different uses: children’s education, elder care, retail/hospitality assistants, pets and home assistance. Whether it’s the next step in smart homes and Alexa-like technology or education, robotics has clearly taken a step forward. We saw all sorts of possibilities as CES – personal butlers, tutors and pet robots that really give man’s-best-friend a run for his money (let’s just say you don’t have to pick up after robots, if you know what we mean).

Regardless of what their intended use, most of the robots were powered by similar artificial intelligence technologies and some can recognize you, your age, gender and even detect your mood –take all those inputs and respond accordingly. It may sound far-fetched, but just think about how powerful the technology is in the phones we all carry in our pockets and purses, and then imagine that amplified with artificial intelligence. Trust us, it’s really pretty incredible. They make Siri look like an ancient technology.

One of the most exciting applications of the robotic technology we saw at CES has got to be within retail. We anticipate it won’t be long until we see these AI-powered robots in stores, helping enhance the retail experience. With the combination of the ability to recognize faces, moods and purchasing power and the layer of AI-processing, the suggestive and sales power of robots could be immense. It’ll be like self-checkout on robot steroids – except with AI, you’ll never get stuck behind someone that really should’ve just gone through the regular line!

Admittedly robots maybe a little way off being ready for retail, but it’s safe to say they’re getting closer by the day. Like always, CES has provided us a look into the future of both technology and retail – and it doesn’t take artificial intelligence to know this is a trend worth watching. 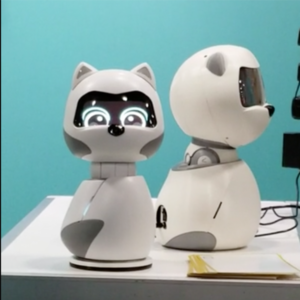 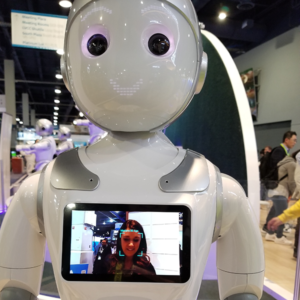 Despite a rapidly expanding interest in action cameras and the content they create, the cost of...

It’s time to spill the tea: we’ve got a new partner and we couldn’t be more excited. We’re...

Distributing Safe, Certified Products – All Day, Every Day In our experience, there’s nothing...

You’ve probably heard of cord cutters (those who have cancelled their cable plans) and maybe even...

Customers deserve the best. The best products, and the best experience with them – and sometimes...